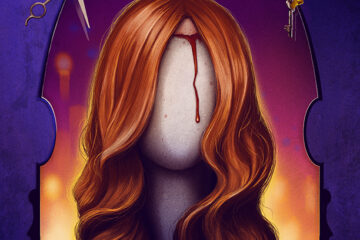 We will also have a livestreamed Q&A with director Jill Gevargizian, and lead actors Najarra Townsend and Brea Grant. Plus a Shorts Showcase of the director’s previous work.

A new year brings new Liverpool Horror Club shenanigans! As we’re still deep in lockdown times, we are beginning the year with an online event to keep the horror strong in the safety of your own homes.

Every February sees the extremely important global event Women in Horror Month. We have teamed up with Arrow Video to showcase the works of the talented writer/ director/ producer Jill Gervargizian with a screening of her acclaimed festival giant feature film release of ‘THE STYLIST’.

We will accompany the film with a showcase featuring a selection of her short movies. And to top the evening off we have a livestream a Q&A with director Jill Gevargizian, and lead actors Najarra Townsend and Brea Grant, hosted by Mariam Draeger.

THE STYLIST (2020)
A lonely hair stylist becomes obsessed with the lives of her clients and descends into murderous madness!

ABOUT THE DIRECTOR
Jill “Sixx” Gevargizian is a director and producer from Kansas City, Missouri. Much like the protagonist in her new film The Stylist (2020), she has been a hairstylist for over 10 years. As a child, Gevargizian picked up her dad’s camcorder, and the rest is history!

In 2012, she decided to bring independent horror films to her hometown by creating a monthly showcase called Slaughter Movie House – that she is still running today. Gevargizian has worked on many films outside of her own. She was the second-unit director for Jen & Sylvia Soska’s ABCs of Death 2 (2015) segment, and recently assistant director on James Bickert’s 35MM feature Frankenstein Created Bikers (2016).

ARROW VIDEO
A hit on the festival circuit in 2020 (including Sitges and Arrow Video FrightFest), The Stylist has found a home with ARROW VIDEO; a great achievement for any director’s first feature film.

The Stylist will be available on Arrow’s newly launched VOD service in March (www.arrow-player.com), and later in the year on blu-ray. But we are delighted to have this exclusive screening and interview with the filmmakers especially for our community of horror fans!

TICKETS
Much like our previous events, we are screening a feature film alongside some awesome additional content. However, we feel that our standard ticket price of £7 doesn’t work so well for online events.

Normally a single ticket costs £7, but we offer a ranged price option to allow you to pay what you can from £3 – £13. This allows people who may be watching in a group to contribute a little extra, and gives a lower cost option for anyone having a tougher time during these difficult financial times.

Whichever ticket price you choose, everyone will receive the same access to the feature film and shorts showcase. The Q&A will be livebroadcast freely on Facebook and Youtube.

HOW IT WORKS
The movie will be screened via CINESEND, which is a fully DRM protected streaming service.

On the day of the screening at 5pm, we will email you the required links/passwords required to watch the movie, the shorts showcase and our exclusive Q&A chat with Jill, Najarra and Brea.

TECHNICAL INFO: Supported browsers for viewing Cinesend movie links are as follows, Google Chrome, Firefox, Safari, or Opera. (Internet Explorer is not supported). We recommend using the latest version of your browser. You can also watch the content on an iPhone/iPad using Safari on iOS 11.2 or later.

We hope you can join us for this outstanding debut feature and support other wonderful Women in Horror Month events that are occurring throughout February.

Copy and paste this URL into your WordPress site to embed

Copy and paste this code into your site to embed